Loud Thoughts From A Free Heart

Yesterday I was standing in line at Starbucks when a man behind me asked about my tattoo.

Turning around I saw an older gentleman with an impressively white and full mustache. 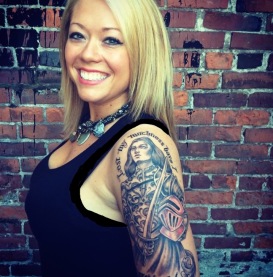 “It’s my decelaration” I said to my surprise. Normally I start reciting the Bible verse – Hebrews 13:6 “God is my defender, I will not fear. What can man do to me?” Or explain the Alice in Wonderland quote at the top or turn my arm over to reveal my favorite part, the lion.

I continued, maybe to clarify for myself even what I was saying, “It was my declaration of my true identity and that I am not what the world tried to define me as for so long”.

I get a mixture of responses about my tattoo, especially depending on the age of said inquisitor, so I wasn’t quite sure what to expect. 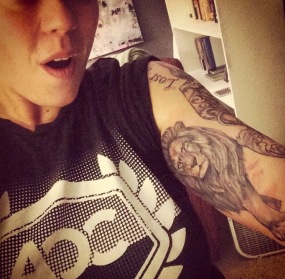 “Were you in the hole or out of it when you got it?” was all he asked.

I thought for a second. “I was on my way out. Getting this was a part of my journey out of that hole,” I answered.

He smiled at me and nodded, almost as if to congratulate me. I turned and paid for my coffee, wished him a good weekend and we both went on our way.

I’ve started a new blogging challenge, which I would highly recommend everyone do if you’re inclined at all to blog by the way! But it’s a challenge designed to help make blogging fun again for bloggers. We get different prompts each week and can go at our own pace, but it gives us a place to jump off from which has been much needed for me as of late. 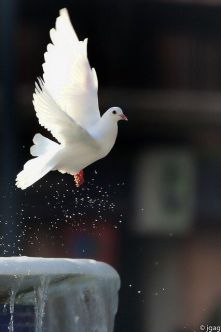 Our first challenge was to write a Christmas letter of sorts. We had been tasked with writing about the last six months of our lives and where they’ve taken us. Well seeing as how I’m a fairly open book and most people can easily join along with whatever journey I’m on if they just look into my social media, I was a bit perplexed as to how to write this.

But mustache man helped me out yesterday.

As I reflected on where I was emotionally when I got my tattoo, I realized how these past six months have been a living out of my declaration.

Six months ago I was just a couple of weeks shy of embarking on the biggest move I’ve made yet (even though this was move number 17 that I’ve made since graduating high school in 2002). But it wasn’t just about the distance of miles or the cost and risk involved in this one. This move was so much more emotional than geographical; so much more a move of the will rather than the body.

When I started my half sleeve tattoo almost two years ago now I was absolutely making a declaration in faith that I was who God said I was, that I was not to fear this world or the humans in it that meant me harm. I was no longer going to lower my head in defeat or retreat from the world out of self-protection. Joan of Arc, the lion, the armor, the quotes and verses and water imagery, all of it were declarations of my strength in Christ; my identity as a powerful daughter of the King. They were declarations of an overwhelming new determination to never again allow myself to be defined by my past, but to move forward with full confidence in the God that I serve and in His ability to heal the shattered heart and confidence I had at the time.
I was in that hole, but I could see out. I knew I was going towards a place filled with hope and healing and a new and whole Brooke who could conquer anything with God by her side. But I was declaring these things in faith, for they had not yet come to their full fruition. I had started to taste and see the goodness of God again, but I was still surrounded by a lot of darkness. 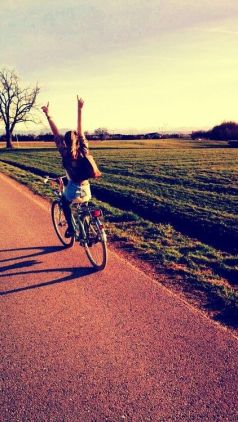 This last move and the past six months: this season has been the part of my journey where I stopped declaring in faith, and actually started acting in confidence; moving out into this whole new season of health and love and fun and adventure again. These past six months have been about completely stripping myself of everything that had held me back and making the intentional movements forward into the new as the whole Brooke. I had a time of incubation you could say, a time of rest and healing and preparation which was given to me by a very gracious God.

But the day I set forward on my move to the East Coast it meant that it was time to act, time to move; time to become.

So that’s what I’ve been doing over the past six months. 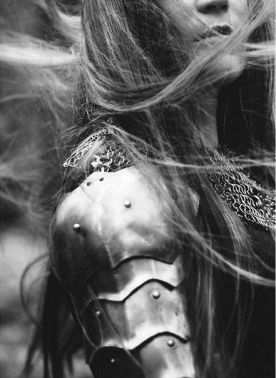 Yes the days have been filled with meeting new people, transitioning in my job, working away at school, discovering new places and maneuvering all of the emotions that come with a move like this. But more than anything, my soul has been released. I’ve been set free.

And now I’m just learning to live in that freedom. Freedom is a scary place at times, the boundaries are less clear. But on the days when I’m able to embrace the freedom that God has trusted me with and do so without fear? Well those are the days that this life was made for.

Maybe in six more months I’ll be able to look back with a bit more clarity, but for now, I will face each day as it comes.

I will focus solely on living as a woman set free.